Mayor Anne Hidalgo and the chief of police said this would restrict people to exercise “when the streets are generally at their quietest”.

France has one of the highest death tolls in the world from the virus.

On Tuesday, Health Minister Olivier Véran said the outbreak had yet to reach its peak, telling broadcaster BFMTV, “We are still in a worsening phase of the epidemic.”

France has been under strict lockdown measures for almost a month. Anyone who goes outside is required to carry a document stating their reason for leaving home: shopping for necessities, visiting a doctor, or exercise within 1km (half a mile) of their address.#

Police have fined hundreds of thousands of people for breaking the tight restrictions.

There have been positive signs that the outbreak may be slowing. Monday’s figures from the French health ministry showed only a small rise of people who need intensive care treatment. 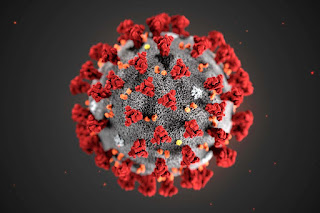 But there have also been concerns about the situation in French care homes. Until recently, reported deaths from the virus only included those who died in hospitals, and not elsewhere.

Mr Véran on Monday announced there would be a “vast operation” nationwide to screen nursing homes, their residents and their careworkers, in a bid to tackle the crisis there.