Home Sports 2020 Tokyo Olympics Will Be Postponed Due to Coronavirus, Says IOC’s Dick...
Share on Facebook
Tweet on Twitter
The 2020 Summer Olympics in Tokyo will be postponed because of the coronavirus pandemic, likely until 2021, International Olympic Committee member Dick Pound told Christine Brennan of USA Today.

“On the basis of the information the IOC has, postponement has been decided,” Pound said. “The parameters going forward have not been determined, but the Games are not going to start on July 24, that much I know.”

Prominent sports leagues across the world suspended play indefinitely to limit the spread of COVID-19, while UEFA postponed Euro 2020 until 2021.

The Olympics remained the most prominent holdout, however.

“A complete Olympics is what we are aiming for,” she said, per BBC Sport. “We will do our utmost to prepare [to hold the Olympics] as scheduled so that the International Olympic Committee will be convinced we are capable of hosting the games.” 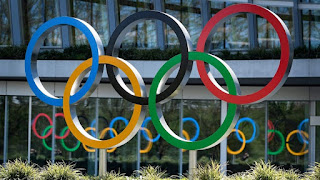 The International Olympic Committee also issued a statement saying it planned to wait before making a final call: “The IOC remains fully committed to the Olympic Games Tokyo 2020, and with more than four months to go before the Games there is no need for any drastic decisions at this stage; and any speculation at this moment would be counter-productive.”

World Athletics president Sebastian Coe acknowledged that delaying the Olympics was on the table but expressed concern over how the move might impact events already scheduled for 2021.

Still, many argued operating the Olympics as scheduled this summer risked not only the health of those in attendance but others to whom they would potentially spread the coronavirus as well.

In addition to the public health concerns, USA Today’s Nancy Armour highlighted how Olympic athletes were adversely affected by the self-isolation tactics recommended by health officials. Athletes have been unable to perform their usual training regimen.

The U.S. Olympic training centers in Colorado Springs, Colorado, and Lake Placid, New York, shut the doors to their athletic facilities, for example, after the governors in their respective states ordered the temporary closure of public gyms.

Postponing the 2020 Olympics undoubtedly presents some logistical problems for the IOC and the city of Tokyo, but it’s the most reasonable way to handle what are extraordinary circumstances.

Tua Tagovailoa could determine the NFL future of the lefty QB

Mets bat out of order in first inning against Reds, go on to lose 2-1 in 10 innings